Earlier this month, nearly 450 farmers received more than $3.7 million in prepayments for the Carbon by Indigo’s second crop of high-quality, high-value carbon credits, which are anticipated to be issued in the first half of 2023. Farmers who generated credits in the first issuance also received an additional payment to reflect the $30 per credit final payment rate for that issuance, which was a 200% increase over the original minimum payment rate.

So who are these farmers and what are the results of carbon farming on their farms? Below we learn the stories of three of these farmers, spanning Ohio, Indiana, and Iowa, to see how partnering with the last two years with Carbon by Indigo is providing a new, durable annual revenue stream. 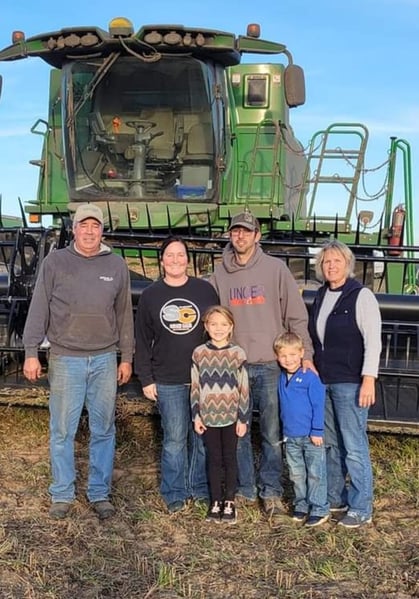 On top of seeing yield improvements, Lance is the highest earner in Carbon by Indigo's program for the second year in a row. This year he earned $66,000, up from $26,000 in 2021, a result of the vested payments from carbon credits earned in the prior year as well as the increased carbon credit price in 2022. Lance enrolled in Indigo’s carbon farming program as he was expanding use of sustainable practices on his land, and he says it’s a good fit for his approach to farming.

"I like Indigo's program because it aligns with the same thinking we've got on our farm," says Lance. "We're trying to figure out how we can stay profitable, how we can try to keep our production costs in check to where we're not getting over extended on those, yet still trying to increase soil health and trying to make sure that our farm is sustainable and able to pass on to the next generation... So it's just a win-win situation type deal. I mean we're making some of those changes based off of what we want to do because we think it's the best thing moving forward for us."

Before enrolling, Lance considered other carbon programs, but he chose Carbon by Indigo because of the control the program gave him over decisions on his farm. Farmers are not required to implement one specific practice or use a certain product but can decide on a carbon farming plan that works best for them.

"I don't want to be tied to a program where I have to follow all these stipulations and jump through hoops,” explains Lance. “I want something user-friendly that lets me make the decisions that I think is best for my farm and let me move forward like that. And it aligns with what Indigo is doing, so that's just kind of a win-win for everybody right there."

The Brennemans started experimenting with cover crops and reduced tilling a few years ago, hoping it would improve their family farm's soil health. When they learned they could potentially earn additional income by expanding these practices across more acreage through Carbon by Indigo, it seemed like a natural complement to the experimentation they were already doing, explains Keaton Brenneman, who farms alongside his brother, father, and uncle.

Their second year enrolled in Indigo's program has yielded a substantial increase in their earnings at $49,000 in 2022, up from $14,000 in 2021. Keaton says he and his family were really encouraged by the increase and are already discussing next steps for scaling their carbon farming practices.

"Now that we see the payments coming in, we're thinking about maybe having a diversified cover crop," says Keaton. He and his brother are debating how to invest the earnings from their carbon payment for the upcoming year. "I'm thinking more of buying cover crop seeds, like the hairy vetch and the clover. He's more thinking of buying a crimper for the rye."

Beyond the profitability of carbon farming, Keaton shares the positive impact these practices are having on his farm's soil health.

"It's about soil health, too, increased carbon in your soil. We're about 1-2% organic matter in our area. It could probably get up to 5% eventually," he explains. "So there's quite a bit of room to sequester carbon, and it leads to a healthier soil. And you could mineralize nitrogen and other nutrients out of your organic carbon, so it's just win-win-win in all kinds of ways." 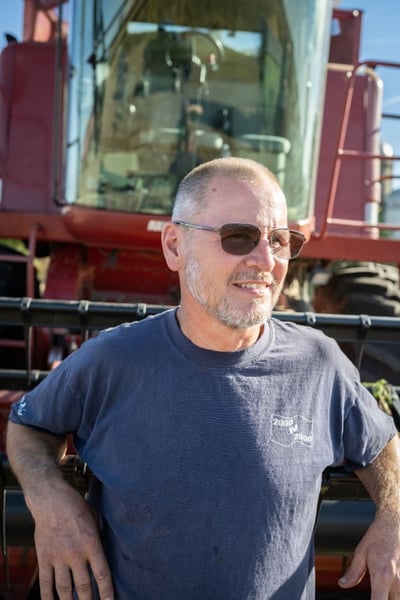 When Mike Bretz retired from the food industry and took over the family farm with his wife, he wanted to make it more profitable while also maintaining good stewardship of the land. When he started doing his research, he realized that some farming methods—minimum tillage, cover-cropping, adding small grains, and cattle grazing—could significantly reduce overhead costs while also improving the biology of the soil. For the past several years, Mike has been on a business journey to make his farm more profitable by controlling input costs while helping his soil's biology thrive and become more self-sustaining. It's a strategy of adopting the practices that protect the soil, while also reducing reliance on synthetic inputs that can harm the soil's biology. When he learned about Indigo’s carbon farming program, it seemed like a natural fit for the practices he was already implementing on his farm.

"One thing I really like about carbon farming is that there's many, many positive things that come with it," says Mike. "Carbon capture is a good practice that also improves water quality and the environment. Our soil's health is getting better because we are increasing the biology in the soil. Adding cattle to the operation also helps to multiply the soil biology and it creates an additional income stream."

Programs like Carbon by Indigo are rewarding him for this work with an additional revenue stream; in 2022 he earned $6,679. But for Mike, there's more benefits to the program than the carbon credit revenue, it's the support from Indigo’s agronomist and soil scientist who help him strategize how to farm his land in the upcoming year.

"The knowledge that I'm receiving in addition to a payment per acre is where the real money is for us in reducing our overall cost,” says Mike. “We've reduced our input costs by $70,000 and that's just huge for any size farming operation. We look forward in the future to continuing to reduce input costs, increasing income streams, and doing good things for our environment."

Terms and conditions apply. Testimonials are indicative of each individual grower’s experience and may not be representative of any specific operation’s experience with the Carbon by Indigo program. Individual results will vary based on a large number of factors. Indigo does not make any representations, warranties or guarantees as to any specific or minimum outcomes.

With Carbon Farming Practices, These 3 Farmers are Earning Credits

Looking Back to Move Forward: How Today’s Carbon Farming is Rooted in Indigenous Growing Practices

How Farmers Can Win in a Carbon Program