“My father, in his childhood, experienced firsthand the 1930s Dust Bowl. Living during and in the fallout of such ecological devastation, and eating sandwiches full of dirt grit, does make an impression on a young mind,” recalls Brenda Sharp, the only daughter of visionary seedsman Gerald Wayne Sharp, co-founder of the original Sharp Brothers Seed Company, one of the country’s largest native seed companies at the time. “His mother placed wet towels against the windows and stuffed material in the cracks of the doors to keep the dust from entering into the house. But even these efforts did not keep the suffocating dust at bay.”

Brenda grew up on this western Kansas farm in Lane County hearing stories of the Dust Bowl and learning alongside her father and brother and working with grasslands, as she currently does. “Like the native seeds, my father possessed a 'wisdom' of how to heal a broken-out land. Repair would require the return of the native grasses so they could keep the soil from getting airborne and heal erosion,” Brenda says.

Today Brenda is working with the farmers on her land to transition to carbon farming practices with Carbon by Indigo and continue her father’s legacy.

Your father grew up in the Dust Bowl and worked to repair the land. Can you tell us his story?

Brenda Sharp: Leading up to the 1930s, the native vegetation began to disappear due to unsound farming practices, drought, and wind. My father, Gerald Wayne Sharp, grew up at ground zero in western Kansas during the Dust Bowl and saw the eroding and torn up ecology of the Great Plains.After four years in the Navy, he came back and began to buy wheat fields, then convert them to native ecotype grass fields. He knew that the native grass builds soil carbon, and was critically needed to restore the Great Plains.

He did work his entire career, from the Canadian border down, way into Mexico, growing and sowing native seeds to stop that eroding dust. His work caught the attention of former Kansas Senator Robert Dole and former First Lady Lady Bird Johnson, who appointed him as an advisor to the Beautification of America project.

Can you tell us about your Kansas farm?

Brenda Sharp: It's loamy soil. Wheat, corn, and milo traditionally have been farmed there. I came into control of the farm operation about eight years ago and have been implementing changes. We discovered that there are two large playas [shallow depressional recharge wetlands, each in its own watershed]. It's also the headwaters of a creek that used to run out to the Smoky Hill River. There's also a historic grassland within those farm acres.

The farm has been regular, conventional farming. But it is now transitioning into regenerative farming practices, where we're going to begin to improve the soil, build the carbon, build the water, and settle the dust. Never leaving a frying pan of bare soil, where it's going to heat up, but where it's going to cool and create rain.

I see Indigo Ag coming into this movement – so critically needed – to take conventional farming into a new state of awareness to settle dust, create water and rain, and build that soil sponge. 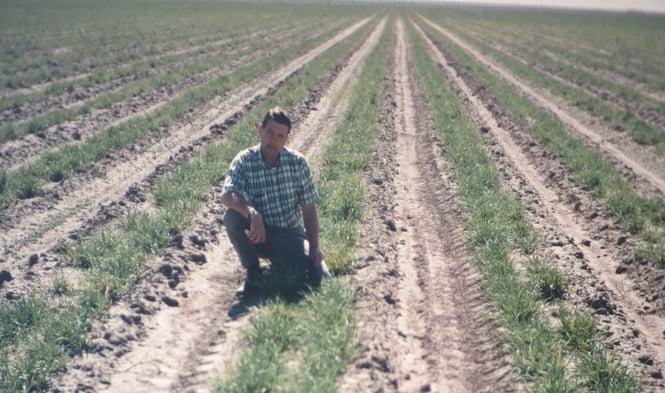 What is happening now with those acres?

Brenda Sharp: I had a really good tenant farmer group for about 20 years. They left stems in the ground. And as time went on, they became more aware of things like no-till and cover crops.

I was going to take them in this direction of regenerative agriculture, but then they decided to retire. So I have interviewed farmers in the area who were interested in farming for me. I found one out of four who knew about regenerative farming and was willing to do it. And so I went with him, and this will be our first year to use cover crops. So we now can set these benchmarks to measure the improvements, and do our part to help the planet.

Why are you taking the farm in the direction of carbon farming?

Brenda Sharp: We have a drying planet now, so even the plants and those ecosystems that are present are struggling. We have to cool the planet. The science is there that the temperatures are going up. We know that things like cover crops, plants, native grasses, and trees all help with that cooling effect on the planet and produce rain.

We are seeing a mega drought here in the Western United States. In order to turn this beast around, it's going to take a movement like Indigo Ag. Creating that awareness, and working with farmers who actually are the boots on the ground to turn it around and make every farmer and rancher aware.

Now there's incentive for them to do it because they're going to get a new revenue stream through carbon credits that will help them make those changes. And that's huge for a struggling farmer or rancher. 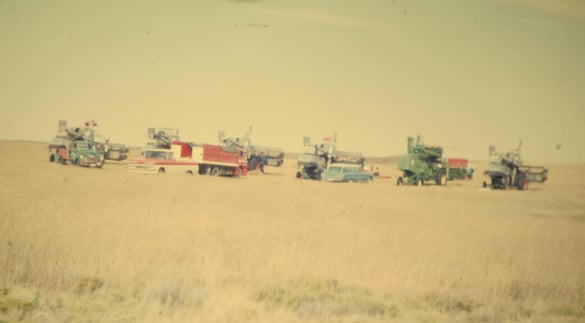 Why was your father focused on native grasses back then?

Brenda Sharp: My dad worked with local native ecotypes [a population that is adapted to local environmental conditions], which he understood to be important in any conservation or revegetation effort because of the powerful medicine that the native plants bring to the soil and to the land.

His idea was to revegetate the blown ground with local native grasses and plants as quickly as possible, get the skin layer of earth covered up once again. We have large, large swaths of bare ground exposed all the time. So we wonder, well, why is the planet heating up? And where's the rain all going? It's partly because there's so much bare ground. It's turning into a desert in places where it didn't used to be. And it's increasing in size.

It's going to take all of us to turn this around. It's critical.

Interested in building land value through Carbon by Indigo?