"From the Ground Up": West Texas cotton yields 10% higher

View the interview with Greg Sword, professor of entomology at Texas A&M, on KBTX. 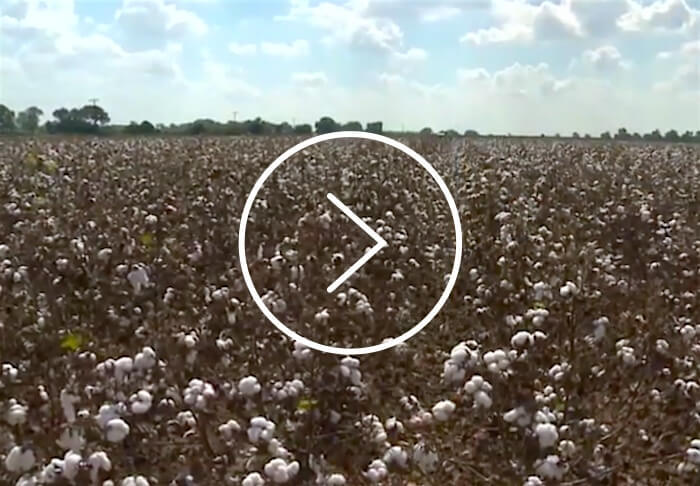 Research has resulted in technology that uses a microbial seed coating for cotton that yields healthier plants. When the cotton seed germinates, it takes the beneficial microbes up into the plant and they multiply. Greg Sword is a professor of entomology at Texas A&M.

“Being an entomologist, we were originally looking to find fungi that might help the plant defend itself against insects, and we have found several of those that do that and also many that have negative effects on nematodes as well when they’re present in the plant. One of the surprising findings we came across was that we started to see that they were also helping to protect the plant from drought stress.”

Sword stressed that all of the microbes occur naturally in the cotton plants.

“That kind of took the lab off in a whole another direction in terms of seeing if we could manipulate some of these microbes to help protect the plant from what we call abiotic stressors, things like water or heat or salt in addition to the biotic things like insects and nematodes.”

Sword says that they collected fungi living inside cotton plants from across the state.

“Once we had that fungus in the lab we could then culture it and try to inoculate it back to cotton and so we’re basically trying to put something that occurs naturally back into the plant, but bias it so that the good microbes that we want to get into the plant can get in there and potentially have these positive effects.”

Sword believes that the reason the work in his lab got traction early on was that they began conducting field trials right away.

“We saw in the first season positive effects on plant growth with the plant retaining more, in terms of cotton, more flowers and ultimately more fruit and we saw increases in yields.”

In 2016, Sword’s industry partner, Indigo Agriculture, launched a commercial product on 50.000 acres across the cotton belt.

“In particular in the target of West Texas, yields were on average about ten percent higher in the treated versus untreated areas of the field.”

Good news if you’re a fan of cotton clothing, sheets or towels.

View the video on KBTX.